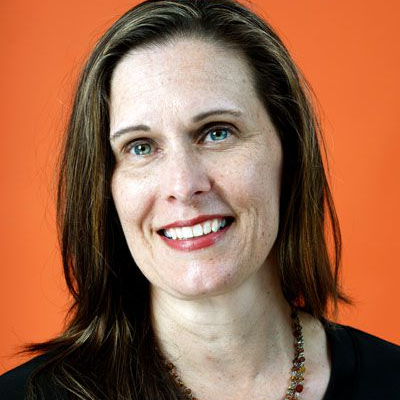 Brenda Wintrode covers state government, agencies and politics. Before joining The Baltimore Banner in May of 2022, Wintrode worked as a Roy W. Howard investigative reporting fellow at Wisconsin Watch. For nearly a year, she examined wrongful child abuse allegations made by a nationally-recognized child maltreatment expert that were later rejected by juries, court officials, law enforcement and other doctors. The series included joint investigations with the Anchorage Daily News and won a gold award from the Milwaukee Press Club’s 2021 Excellence in Journalism contest. As a reporter for the Howard Center for Investigative Journalism, she was the lead writer on an award-winning investigation of the federal CARES Act’s failure to prevent evictions during the pandemic. She covered the Maryland state government for the Capital News Service and did data analysis for Maryland Matters. Wintrode earned a bachelor's of science in business administration at Bryant University in Rhode Island. After a career switch, she was named the Philip Merrill College of Journalism’s outstanding master’s student when she graduated in 2020.

Maryland lawmakers chose a simpler tax structure than other states, opting for only a sales tax instead of a combination of excise, weight and potency taxes.

A plan for legal recreational cannabis sales in Maryland is coming soon. Here’s what to know.

Legislative leaders have said the bill will be introduced soon — possibly Friday.

The former executive, U.S. Army captain and Rhodes scholar invited six guests from across the state. As he tied each person’s history to his administration’s plans, he asked legislators and dignitaries to recognize each Marylander’s accomplishments.

Gov. Moore lays out a vision of service in first State of the State address

“At a time when civic bonds are frayed, where many feel more disconnected from their neighbors than ever before, service is the antidote to the epidemic of loneliness and otherness,” Moore said in his speech before lawmakers.

The coalition of gun safety groups has the backing of new Gov. Wes Moore and other state leaders, but gun rights groups say the law is in their favor.

Legislative services, the department responsible for writing the bills, confirmed receiving more than 700 requests in the last two days before the deadline — a new record.

The budget plan does not include tax increases, and keeps $2.5 billion in the state’s Rainy Day Fund.

Moore made bold promises in his speech, including ensuring that Maryland is both “a safe state and a just state.” He also pledged to improve the health of the Chesapeake Bay and to put the state “on track” to have 100% of its energy from renewable sources by 2035.

The actor never gave up on his dream.

“I just have to say it: If the county owns an alley, are we responsible to repair the alley if we deem it needs to be repaired?” Baltimore County Council chair Julian Jones asked before emphasizing: “We own the alley.”

Unlike the U.S. House of Representatives down the road in Washington, there was no drama in Annapolis. Senate President Bill Ferguson and House of Delegates Speaker Adrienne A. Jones were both re-elected to their posts on unanimous, bipartisan votes.