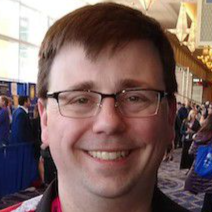 Brian Griffiths writes opinion columns about Maryland state and local government and politics from a conservative perspective for The Baltimore Banner. He is a conservative activist and the publisher of TheDuckpin.com, a media outlet for politics, ideas, entertainment, sports, culture and more. He was a Republican for almost 25 years before leaving the party due to its continued embrace of "populism" and election denial. Prior to leaving the GOP, Brian served as a member of the Maryland Republican Party Executive Board, a board member of the Young Republican National Federation, and as Chairman of the Maryland Young Republicans. Brian graduated from Western Maryland College with a degree in political science and from the Graduate School of Political Management at The George Washington University with a Masters in Political Management. He likes low taxes, small government, gun rights, and protecting the unborn and dislikes abortion, big government, high taxes, conspiracy theories and crooked politicians. Brian is a Catholic who lives in Pasadena, Md., with his wife and three children. In his spare time Brian is a member of the Board of Directors of the Maryland Student Legislature, Past Grand Knight of Knights of Columbus Council #10966, a youth softball coach, and a semi-pro fast pitch wiffle ball player for Old Line Wiffle Club. But all in all, he would rather be at the Orioles game.

Opinion: Your political flags shouldn’t fly at our government buildings

Whether activists and politicians want to admit it, public buildings are not the place for affirming the sexuality of students, teachers, or anybody else.