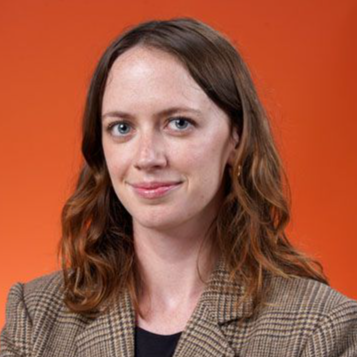 Emily Sullivan covers all things Baltimore City Hall. She joined the Banner after three years at WYPR. Her radio stories on Baltimore politics and culture have been honored with multiple awards, including three regional Edward R. Murrow awards.She previously reported for NPR’s national airwaves, focusing on business news, breaking news and President Trump’s conflicts of interest. Sullivan won a national Edward R. Murrow Award for an investigation into a Trump golf course's finances alongside members of the Embedded team. She has provided news analysis on 1A, The Takeaway, Here & Now, Morning Edition and All Things Considered. Sullivan has also reported on health and education for WAMU in Washington, D.C. She got her start in journalism as an intern at WNYC. Sullivan also interned at The Village Voice, where she produced a music festival. She studied psychology and women's, gender, and sexuality studies at Fordham University. She lives in Baltimore.

Banner political notes: Portrait time; Moore money for other candidates; Money for nothing, but these towns said no

Two months after the primary, Maryland’s electorate has coalesced behind party nominees in the general election race to succeed term-limited Gov. Larry Hogan, but at the same time, held firm on some issues, such as their opinions of President Biden and former president Trump, their frustration with inflation and their attitudes toward abortion.

After ‘Serial,’ thousands continue to ardently follow the case of Adnan Syed

The series tapped into the cultural zeitgeist to a degree unprecedented for a podcast, spawning "Saturday Night Live" parodies and a true crime phenomenon that continues to this day.

Consumer advocates have complained for years that renters cannot easily view these bills, making them susceptible to bogus charges from landlords.

Baltimore officials lifted Friday morning a five-day boil water advisory after the latest string of water tests came back negative for evidence of E. coli and coliform in city water.

City still working to identify source of the contamination.

Baltimore government was ‘stuck in the ’90s.’ City administrator Christopher Shorter was hired to shake things up

About twenty months into his job, Shorter has led much of what Scott has described as his administration’s foundational work, but many of his boss’s well-publicized goals remain in the planning stages. Some in City Hall say the CAO has made their lives easier, while others feel the office is just another layer of bureaucracy. Everyone agrees his work is cut out for him.

Much of West Baltimore is under a boil water advisory Tuesday, and city officials are limiting residents top three gallons of bottled water per household.

Officials cited low-staffed crews and growing amounts of recycling pickup as obstacles at a Department of Public Works oversight hearing on Wednesday.

A series of cascading errors by Baltimore’s finance department and city vendors led the Bureau of Revenue Collections to inadvertently send the wrong company a check for $2 million, nearly $60,000 of which cannot be recovered, according to a new report from the Office of the Inspector General.

The attorney has served as Scott’s right hand for three years, providing a source of stability for the mayor across different political offices and the tumult of the pandemic.

The charter amendment is now slated to go before city voters in November's general election. It calls for a drastic overhaul of the board, which consists mainly of elected officials the office may investigate and people they designate.

The first round of mail ballot counting is expected to last into next week.