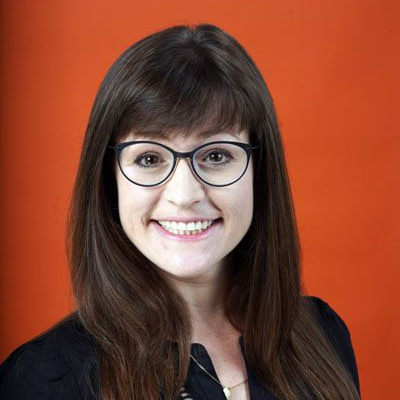 Jessica Calefati is an education enterprise reporter exploring how Johns Hopkins University is shaping Baltimore’s future. Previously, she covered colleges, universities and workforce development for POLITICO. For nearly 15 years, Jessica has been writing about students and families, working first in New Jersey, later in California, and then in Pennsylvania. At The Star-Ledger, her hometown paper, she covered Chris Christie and Cory Booker’s campaign to transform Newark’s struggling school system. At The Mercury News in California, Jessica investigated a chain of online charter schools that turned a profit while failing to educate students. And at The Philadelphia Inquirer, she exposed staggering levels of teacher turnover at schools serving vulnerable children. Jessica graduated from George Washington University with a degree in journalism and political science. Her work has been recognized by the Gerald Loeb Awards, the National Headliner Awards, the Keystone Media Awards, the Society of Professional Journalists NorCal, the New Jersey Press Association and others. Jessica lives in Washington with her husband and daughter. She’s also a certified yoga instructor and hopes to teach in Baltimore.

The action comes one month after university officials announced that the institution would proceed with plans to develop and implement the force.

Johns Hopkins Hospital’s accreditation is at risk because it ‘poses a threat to patients,’ accreditor says

Surveyors flagged problems in the medical center’s food preparation facilities, primarily the kitchen in one of the hospital’s original buildings, and pointed out various pieces of furniture in need of repair.

A task force formed by the private, Catholic school's board found the Baltimore institution must cast a wider net and attract new types of applicants to stay afloat.

The proposed Maryland College of Osteopathic Medicine at Morgan aims to increase the number of Black doctors entering the profession and, in turn, increase Black Baltimore residents’ access to physicians that look like them.

Filming halted for Baltimore TV series ‘Lady in the Lake’ after violence threatened against the cast, crew, police say

Drug dealers urged the 'Lady in the Lake' cast and crew to clear the set near Lexington Market and threatened to shoot someone if they did not comply, a spokesperson for the Baltimore Police Department said.

If the Lacks family's legal strategy is successful, they would get more than cash. A victory would be a historic denunciation of medical racism.

The state House of Delegates candidate accused last week of plagiarizing a Baltimore City politician’s platform appears to have lifted some of her Baltimore Sun voter guide responses from the platform of a third candidate in a neighboring district.

A section of the website for Maryland House of Delegates candidate Aisha Khan appears to be lifted word-for-word from the website of state Delegate Dalya Attar.

Baltimore yoga studios that caught a newcomer’s eye: Consider this an invitation

A reporter new to Baltimore is looking for a studio where she can practice yoga. Can you help her find the right one?