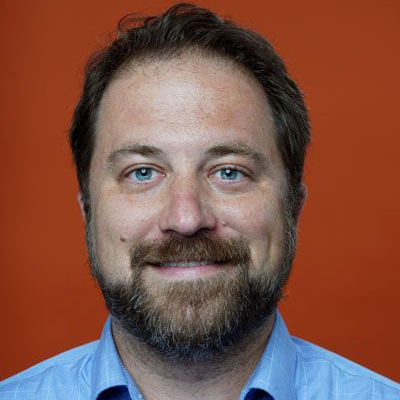 Justin Fenton is an investigative reporter for the Baltimore Banner. He previously spent 17 years at the Baltimore Sun, covering the criminal justice system. His book, "We Own This City: A True Story of Crime, Cops and Corruption," was released by Random House in 2021 and became an HBO miniseries. He was part of the Pulitzer Prize finalist team for coverage of the death of Freddie Gray, and was a two-time finalist for the national Livingston Award for Young Journalists for an investigation showing how police were discarding rape complaints at the highest rate in the country as well as a five-part narrative series inside a homicide investigation. He is an Anne Arundel County native, a graduate of the University of Maryland, College Park and lives in Baltimore.

Chris Bendann, who taught at the private school for boys in North Baltimore, was charged with rape and sexual abuse of a minor.

Why did the Maryland State Police superintendent’s traffic stop last only 8 seconds?

How long does a traffic stop take when you’re the acting secretary of the Maryland State Police? In the case of a recent stop of Lt. Col. Dalaine M. Brady, about eight seconds.

Ethan Glover was accused of stealing $10,000 from a massive drug bust and lying about it to the FBI.

Woman, 23, was shot in vehicle; children, an infant and a 3-year-old, hurt in crash

The mother of Donnell Rochester, 18, who was killed by Baltimore Police last February, wants charges brought against the officers who shot him.

By Justin Fenton and Kaitlin Newman●

Brittany Wolf, 32, died of smoke inhalation Jan. 17 after a fire broke out at a vacant home in the 400 block of N. East Ave.

Lead attorney A. Scott Bolden says the prospect of being held in contempt means he “must, understandably, focus on his own interests, not the interests of his client.”

Company is accused of running a Ponzi scheme for failing to renovate homes in distressed neighborhoods in Baltimore and Philadelphia for its foreign investors.

Feds: Mosby’s attorneys shouldn’t be able to withdraw from case

Prosecutors added, however, that they wouldn’t mind if one attorney was dropped from the defense.

Javarick Gantt was deaf and used sign language to communicate. He was found unresponsive in his cell on Oct. 9, 2022.

By Justin Fenton and Dylan Segelbaum●

The move comes two days after a judge said she was moving to hold Mosby’s lead defense attorney, A. Scott Bolden, in criminal contempt