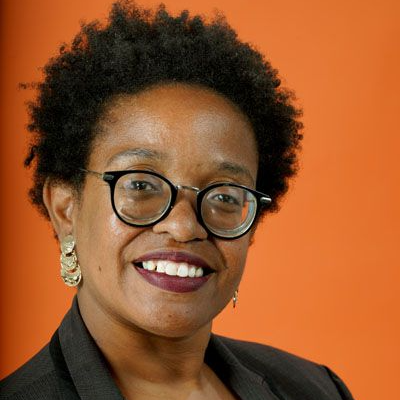 Leslie Gray Streeter is a columnist excited about telling Baltimore stories — about us and the things that we care about, that touch us, that tickle us and that make us tick, from parenting to pop culture to the perfect crab cake. She is especially psyched about discussions, no matter how big or small, that we don't usually have. Open mind and a sense of humor required. When she was a sophomore at Baltimore City College High School in the 80s, she met her first newspaper columnist, and thought ""Wait? They'll pay you to write about your opinions? Sign me up!"" And since then, that's all she has wanted to do, and mostly all she has done. She went from City to the University of Maryland and then up and down the east coast until she found herself here as the lifestyle columnist for the Baltimore Banner. It's a perfect circle and honestly she's directing the emotional movie montage in her head right now. There's a lot of Janet Jackson in it. At the Banner, she wants to build on the expertise she has gained as a staffer at The Miami Times (weekly), York Dispatch and the Palm Beach Post, with freelance gigs including writing about for The Washington Post, opining about grief for O, The Oprah Magazine, to weekly recaps of ""The Bachelorette"" for the Seattle Times. That's a lot of ground to cover, but as a Features writer and columnist for almost 30 years she has learned that we, as humans, cover a lot of ground, too, so what we read should, too. We are what we care about, eat, watch, listen to and gab over Twitter about, and it means even more when it's about where we live. And that's what her column is going to be. She is the author of one book, the memoir ""Black Widow"" (Little Brown), and an international speaker about grief, culture, parenting and a lot of other stuff. She is also a widowed single mom of one son named Brooks Robinson, because as she said, they're really really really from Baltimore, which they returned to in July 2020. She is a very slow run-walker, a fan of true crime documentaries and podcasts, and a bad guitarist who sings loud over the chords she can't reach.

Are you writing meticulous and funny dating profiles that obviously aren't being read? Here's why.

I missed last week’s big storm but still got caught in it: Summer travel woes, part 2

A follow-up to our column on summer travel advice, where those tips come to life during our columnist’s recent vacation.

Coupon clipping as a cool new activity? Explaining inflation and saving to kids

You don’t have to be old enough for a bank account to start to understand money.

Author Bonnie Habyan — the former Miss Oriole 1987, and wife of former Orioles pitcher John Habyan — is in town to promote the book she wrote about her mother.

Way to go, Mom! Why it’s better to encourage those parenting through a public meltdown

Parenting is an emotionally unpredictable enterprise. Doing it in public ratchets up the unpredictability — don’t make it worse by staring or scolding.

No longer the bad day: How the meaning and sadness of my husband’s death anniversary has evolved into something sweeter

Death anniversaries can be devastating, but with time, healing and a new happy event, that bad day can evolve into something kinder.

Summer travel is a heated proposition this year

A local travel coordinator gives advice about how to navigate the slog of summer air travel.

Election 2022: Even on the precipice of democracy, some hometown hope

Even as things look bleak for democracy and for Baltimore, there’s something deeply moving about the scene at a local polling place.

No, I don’t want to sell you my house: The cold calls of summer

Those unsolicited calls, texts and mailers to homeowners about buying their houses ASAP are rampant this summer, and I am wondering what to do about it.

Navigating the morass of summer camp

Summertime presents a conundrum for working parents: what the heck to do with kids too young to stay home alone.

Squeegee workers: Neighborhood nephews, nuisances or nefarious? Maybe it starts in how you look at them

The auntie in me sees hardworking youths not much older than my son. But yesterday’s violence proves how complicated it is.

Jamming in his jammies: Making my kid my concert buddy

I brought my son to see ’80s band Tears For Fears and it was cheaper than a sitter.

More obstacles, worse prizes and a Sharknado: Why I believe in student loan forgiveness

It's unfair to encourage student borrowers to take on a crippling economic obligation knowing that it might be years before they make more than they paid for their degrees.

One reporter’s favorite Baltimore sites featured in ‘Homicide,’ ‘Hairspray’ and other famed productions

Baltimore is home to notable landmarks, from TV to the big screen, with a little R&B thrown in for good measure.