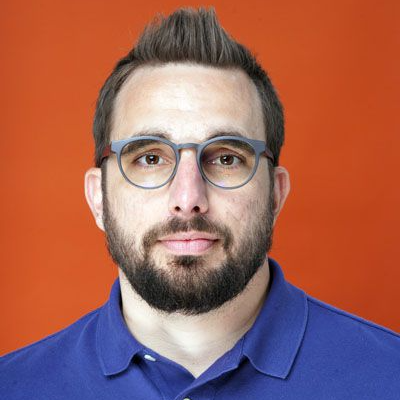 Ryan Little is a data journalist at The Baltimore Banner where he uses computational tools to tell powerful stories about the people and experiences found in large data sets. He specializes in acquiring and analyzing court data but works with reporters covering many different beats along with the rest of the Banner's data team. Previously, he was a data journalist and the Roy Howard Fellow at Mother Jones. His work has also appeared in the New York Times, Washington Post, Associated Press and elsewhere. He has a master’s degree from the Philip Merrill College of Journalism at the University of Maryland and has previously covered the Maryland legislature.

The MCAP is administered to students in grades 3 through 8 in math and English, as well as students in 10th grade for English and algebra.

By Ryan Little and Shreya Vuttaluru●

What caused a 33% drop in gun violence in West Baltimore last year? We analyzed it

After nearly three years of pandemic protections and assistance, there are few guardrails in place to prevent evictions from climbing back to pre-pandemic norms.

By Ryan Little and Sophie Kasakove●

Driven by warrants, arrests are up in Baltimore for the first time in more than a decade

Police say the emphasis on warrant arrests came over the summer as part of the department’s deployment plan and initiatives with law enforcement partners.

By Ryan Little and Ben Conarck●

Plastering hate: Why white supremacist stickers are appearing in Maryland and beyond

How Patriot Front’s campaign of white nationalism is recruiting members, spreading hate, and funding its efforts — all the while sowing distrust among local communities.

By Brenna Smith and Ryan Little●

A Glen Burnie woman was evicted because of a ‘miscommunication.’ Experts say the eviction system creates room for error.

A woman and her 9-year-old son were evicted two days before Thanksgiving — even after she says she confirmed that morning that she was caught up on rent.

It’s a nice day to stay home and spend time with family— and oh, boy, does the data show it.

Baltimore teenagers are being shot at an alarming rate this year

Most of the 71 shooting victims are 16- and 17-year-old males. And nearly all of the victims are Black.

By Ben Conarck and Ryan Little●

Why has D.C. administered more monkeypox vaccines than Maryland? Here’s what we found.

Washington, D.C., health officials have vaccinated people against monkeypox at a rate at least 56 times higher than Maryland, a Baltimore Banner data analysis of both jurisdictions’ data found.

The Baltimore Police Department is redrawing its districts for the first time in 70 years. That could change how resources are deployed.

By Ryan Little and Ben Conarck●

For some Maryland landlords, filing for eviction is a monthly routine. Tenants pay the price

Thanks to the state's cheap and easy filing process, eviction filing rates in Maryland far outpace those of neighboring states, creating additional costs for tenants.

Maryland kids in distress are being kept in emergency departments for weeks, months

The longer kids stay in hospitals, physicians and administrators say, the more that their mental health deteriorates, and the more that limited and costly emergency-room resources are shifted away from other patients with critical needs.

Did you pay attention to the news in Baltimore this week? Try this quiz

The Baltimore Banner's news quiz, testing your knowledge of the week's news and what was in The Scan.

By Cody Boteler and Ryan Little●

Baltimore doesn’t have enough money to tackle every neighborhood. And the vacancy challenge is growing.

By Hallie Miller and Ryan Little●